Beach soccer, also known as beach football or beasal, is a variant of association football played on a beach or some form of sand. The game emphasises skill, agility and shooting at goal. Whilst association football has been played informally on beaches for many years, the introduction of beach football was an attempt to codify rules for the game. This was done in 1992 by the founders of Beach Soccer Worldwide, a company set up to develop the sport

and responsible for the majority of its tournaments to this day. This was a major foundation for what is now known as beach football and what has led to the sport rapidly growing in popularity. The irregularity of the soft-sand playing surface leads to a totally different style of play than is used in association football, with a greater degree of improvisation. The compact pitch, much smaller than a regular association football pitch, allows players to score from anywhere on the sand, leading to an average of sixty attempts at goal in a single game. With an average of scoring rate of one goal every three or four minutes, around eleven goals are scored in total per game.
From Wikipedia, the free encyclopedia

TSLC provides a world-class range of sports, wellness and recreational facilities for the enjoyment of visiting professional and amateur athletes from around the world. TSLC will set a benchmark as a regional hub for sports, arts and wellness in Thailand and Asia. 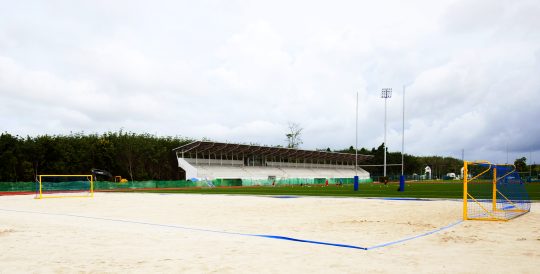 Pattaya International Beach Football Cup 2011
A meeting took place at Pattaya City Hall on Friday 4th November 2011 about the “Pattaya International Beach Football Cup 2011” organized by Pattaya City Hall and the Pattaya People Media Group. The Chairman of the tournament Khun Pisai Panumwan Na Ayutthaya and Co-chairman Niels Colov explained the plans for this year. It is the 7th time this exciting tournament will be held at the specially build Jomtien Beach Football Stadium located half way down Jomtien Beach Road and games will take place from Friday 16. December to Friday 23. 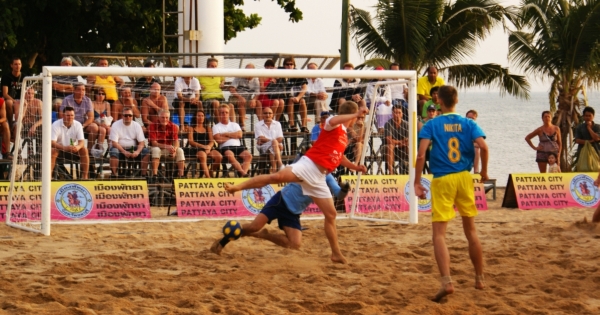 Each team can register a maximum of 15 players. Each team can field a maximum of 5 players with a passport nationality different from the nation team, maximum 2 of these players can be on the pitch at any time. 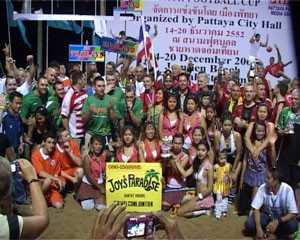 This year it is the intention of the organizers to make the tournament bigger and better with following additions:
– Last year we had 9 teams playing in the tournament, this year we will increase the number of teams to 12. When we have received registration of 12 teams no more teams will be allowed to participate in the tournament. So far following (10) teams have registered: Thailand, Norway, England, Germany, France, Ireland, Russia, Tajikistan, Holland and Bangladesh.
– Before the Final match a VIP-Match will take place with participation of VIPS like Pattaya Mayor, Pattaya Police Chief, Pattaya Immigration Chief, Members of Parliament, Members of the City Council, Movie Stars, Former National football players and other Celebrities.
– After the VIP-Match players from the VIP teams and all the teams of the tournament will be invited to participate and sing in the recording of a music video of the new theme song for Pattaya called “Pattaya Wonderland”.
– There will be fireworks when the winner of the tournament is announced and the trophies presented. 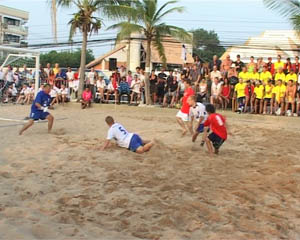 – Live transmission of the VIP-Match and the Final match will probably take place on TV.
– Professional DJs will take care of the music entertainment between the games.
– A new sponsor will make a substantial promotion to bring even more spectators to watch the games of the tournament, therefore the capacity of the stadium will be increased.